Cecile Storm is a photographer and director based in Los Angeles. Since the age of 19, Cecile’s work has been consistently sought out by a number of prominent advertising clients. She has photographed a number of recognizable faces. Her work is regularly seen in magazines, subway advertisements, and billboards.

Cecile and her team maintain a quirky web series, inspired by her humorous behind-the-scenes escapades on shoots—giving viewers a look into how unpredictable and entertaining life on set can be. The birds-eye-view of her photography methods—whether it be through her blog, tutorials, or videos—demonstrates that it’s not always the technique that makes a good photograph, but one’s personal connection to the subjects—as well as the client—that truly makes an image resonate. 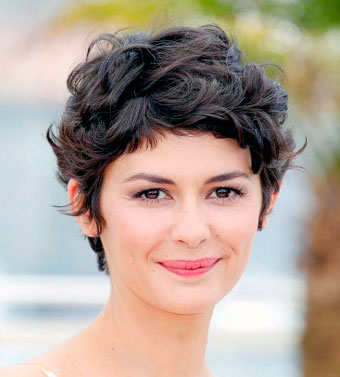 If you’re looking for a short, easy-to-manage hairstyle that is professional and stylish, then look no further. The following are some of the best short curly hairstyles for women with caring hair types.

Ms. Cecile’s images mark an exchange of trust and compassion. But by consenting to be photographed at their most vulnerable, the people depicted in these images also demonstrate a rare bravery.